Alpine ibex: The Swiss "language problem" is an opportunity for World University & School ... French, German, Italian, Romansh languages ... How would you invited Swiss 17 year old students to apply for online CC OCW university bachelor degrees at WUaS, first in English? ... World University and School's web site - http://worlduniversityandschool.org/ - with you re the Swiss Alliance for Data Intensive Services, and re ISSIP too, and service science programming even


The Swiss "language problem" is an opportunity for World University and School ...

Thanks for your excellent presentation in this new Swiss Alliance for Data Intensive Services. Since Switzerland has 4 official languages, and your presentation is in excellent English, how are you planning for / thinking of languages in terms of innovation service science / value creation / data services and planning for developments in Switzerland? (I ask in developing CC wiki World University and School - http://worlduniversityandschool.org/ - accrediting for CC university degrees in all countries' official languages on CC MIT OCW in its 7 languages to start and CC Yale OYC)? Are you developing courses, for example, in all 4 Swiss languages? Which languages are you developing courses for, for example, in conjunction with your member universities? Or are English and Swiss German the de facto main languages, for example? (In a similar vein, how would you invited Swiss 17 year old students to apply for online CC OCW university bachelor degrees at WUaS, first in English)?

good question. Yes, we have the language problem in Switzerland. However, within the network, we use English as working language, and most people are very used to it (academics anyway, but this also holds for a big part of our industry, as Switzerland is such a small country that most companies are forced to make business on an international level, and thus have to speak English on a regular basis).

The education courses (we are focusing on continued education, supporting directly the employees of companies) are typically in one of the country’s languages. So, in Geneva, you would have those courses in French, and in Zurich in German, and in Lugano in Italian. We are seeing a trend in using more and more English, and at the classical university programs (bachelor, master, and PhD level) there is a quite substantial part of the lectures given in English, but this is not yet very common in continued education. So for the 17 year old Swiss student, an English program is something that he has to deal with anyway.

Just for you to get a better understanding how we do it: The network itself as an organization will not create much of own courses – we rather let the universities use their courses and let them offer those courses in the framework of the network (which increases the attractiveness because they are basically free for the members, already paid for by the membership fee). So we don’t have an own strategy on both content and languages. But we’ll see – I guess that if we are coming into the situation of creating our own education courses, they will be in English.

Does this answer your questions?

just had a short look at your website. It might make sense to have a conversation if and how we could make your program am part of data+service.

Yes, thanks for your helpful answers.

Yet Switzerland's 4 languages are an opportunity from wiki CC World University and School's perspective. (My family and I lived in Geneva for 6 months in the early 1970s -when my father was studying the health systems of 3 other European countries with a Ford Foundation grant). What is the main city of the Romansch language there?

I'll have a look at your ISSIP presentation again soon in terms of Swiss Alliance for Data Intensive Services membership, when it becomes available. (I gave an ISSIP presentation on a Universal Translator as a Guidebook with Test and as an ISSIP grand challenge; see http://www.slideshare.net/issip/world-university-and-school and http://scott-macleod.blogspot.com/2015/03/beluga-whale-course-in-1000-languages.html). But unfortunately World University and School's finances are basically non-existent.

With WUaS's plans a) to create major CC MIT OCW-centric and Yale OYC-centric universities (building on the CC MIT OCW courseware in 7 languages) in all countries' main languages, offering CC Bachelor, Ph.D., law and M.D. degrees, as well as I.B. high school degrees, and b) to create wiki schools for open teaching and learning in all 7,097+ known living languages, and also to create nation state and language markets in all these countries, WUaS would benefit enormously from participation in your Swiss Network.

If WUaS was able to raise the monies to become a member of Swiss Alliance for Data Intensive Services, do you think you could help find Swiss 17 year old students interested in a CC MIT OCW-centric bachelor degrees (and eventually in other MIT OCW-centric university degrees mentioned above). WUaS will seek donations from governments in all countries' for some portion of what it costs to attend MIT and Stanford on the ground per year per student, while students would attend for free due to MIT's Creative Commons' licensing. If the Swiss Alliance for Data Intensive Services were also able to find highest achieving students (say 500-1000 even) from other European countries - first for MIT and Yale courses in English - the SAfDIS could benefit membership-wise further too, and in other ways.

I'll respond to other email soon, and thank you.

*
Hi Christoph, Gerold, and Paul (and Jim and Haluk),

Great. I enjoyed again your ISSIP presentation on Wednesday, Christoph.

And looking forward to talking about World University and School's web site - http://worlduniversityandschool.org/ - with you (from the SF Bay Area) re the Swiss Alliance for Data Intensive Services, and re ISSIP too, and service science programming even. (I've glanced again at your presentation's slides - https://drive.google.com/file/d/0B_JDwPQNkAwSSk9iNW1GdXUxb28/view?usp=sharing - accessible here https://drive.google.com/drive/folders/0B4f17psTC9fsZUg4WXVuSWg2dUU and have some questions about membership, given WUaS's nearly non-existent finances). My ISSIP presentation on an Universal Translator as a Guidebook and Test is presentation 77 (and here in my blog - http://scott-macleod.blogspot.com/2015/03/beluga-whale-course-in-1000-languages.html - with much else about developing World University and School).

I'd like to introduce you / us to Paul Huppertz, another ISSIP speaker (Aug 27, 2014 - http://www.slideshare.net/issip/issip-service-terminology), https://www.linkedin.com/today/author/0_3xbiC5_tu8jkxitYPUpGUs ...  https://www.linkedin.com/pulse/produktion-versus-servuktion-paul-g-huppertz-%D0%BF%D0%BE%D0%BB-%D0%B3-%D1%85%D1%83%D0%BF%D0%BF%D0%B5%D1%80%D1%82%D1%86 ? He's developed service science programming, as well as terminology for this, in far-reaching ways. I emailed some with you, Paul, around the time of your presentation.

World University and School is particularly initially interested, in developing our WUaS web site, in building our Course Catalog (CC MIT OCW-centric in 7 languages and CC Yale OYC-centric - see http://scott-macleod.blogspot.com/2017/01/cocobolo-bagpipe-wood-as-matriculated.html) for student applications in a "You at World University and School" (possibly in G+ and Google Education, which WUaS has, anticipating 11 billion people in 2100 as well as all 7,097 known living languages) main page - http://worlduniversity.wikia.com/wiki/You_at_World_University - to seek to get 2,000 high achieving matriculating students this autumn in English from all ~200 countries around the world. A high achieving student, as I see it, is one who would apply to and get into Harvard / Yale / MIT / Stanford, for example.

See, too, the ~12 main areas at WUaS here - http://worlduniversityandschool.org/ - which will inform WUaS, as we seek to emerge newly from Wikidata (with its MediaWiki) Wikipedia's database for its 358 languages much around this wiki http://worlduniversity.wikia.com/wiki/SUBJECT_TEMPLATE. L.P. is Wikidata / Wikimedia Germany's Product Manager, and our contact. I've met with Lydia twice at Wikimedia Developers' conferences in San Francisco, this January 2017 and last January 2016. :) WUaS seeks to develop our 12 main areas, including ALL 8k languages, nation states/countries/territories as universities, ALL Libraries in ALL 8k languages and ALL Museums in all 8k languages - http://scott-macleod.blogspot.com/2015/11/lions-in-trees-all-libraries-all.html plus.

Friday, February 3, 8-10am Pacific Time (http://www.thetimezoneconverter.com/) would work best for me of the times you suggested (although the other Friday time on Feb 3 2017 is possible at this point, as well).

World University and School seeks to become a) the wiki "Harvards/MITs/Stanfords" of the web in each of all ~200 countries main and official languages (offering free CC OCW Bachelor, Ph.D., Law and M.D. degrees, as well as I.B. high school diplomas) and b) wiki schools in all 7,943 entries under languages (in Glottolog) for open teaching and learning. See, too, "14 Planned WUaS Revenue Streams" -  http://worlduniversityandschool.blogspot.com/2016/01/14-planned-wuas-revenue-streams.html - on both a) our non-profit CC wing and b) our upcoming for-profit wing (both planned in all 200 countries and 7,097 living languages as language markets).

Thank you, and looking forward to talking, Christoph, potentially on February 3rd. 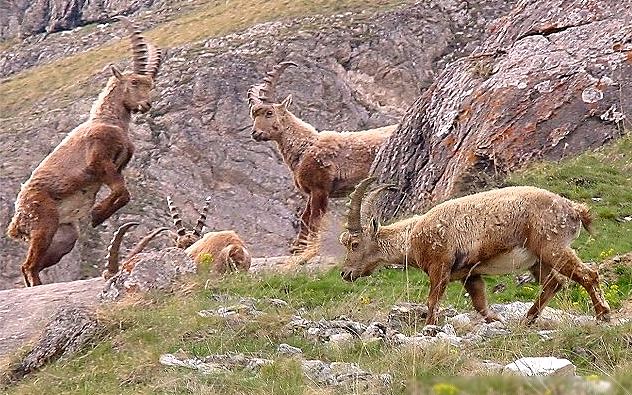 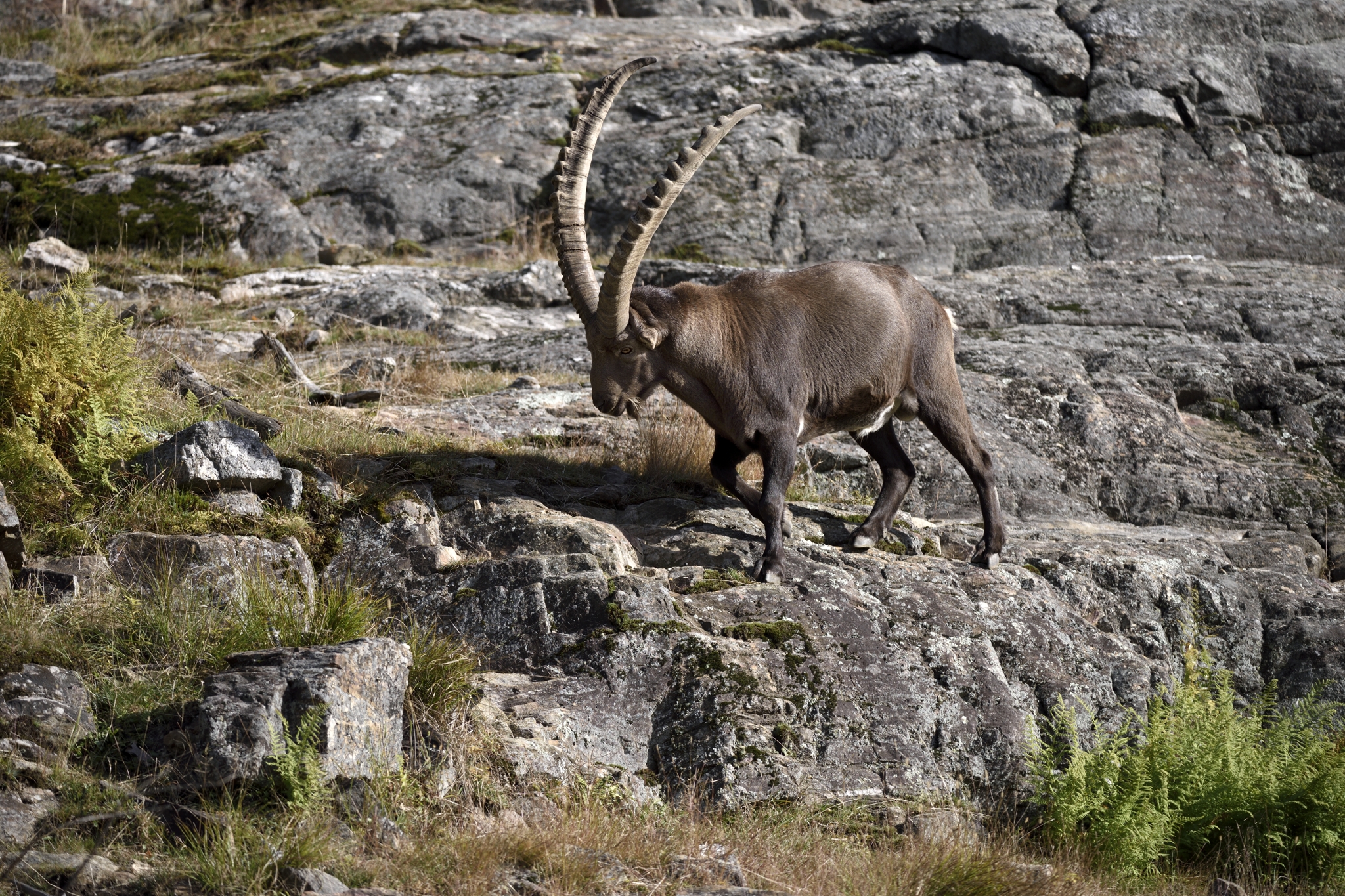