Cassiopeia: What Does Lacan Say About… Love?, But how then best to generate the rocking out amazing mutual love and care for one another drawing on examples of best love (from one's past experiences) ... e.g. see WUaS's beginning Caring and Loving wiki page for open teaching and learning ... (and possibly in the context of psychotherapy too? ... and online? ), ... and as "body mind information technology" / thinking / neurophysiology ... and perhaps also in the context of traveling together to Harbin with a friend one loves as well (both actually, and online ... how would travel together online work?), Conceptions of Love, Searched on "Behaviorism/BF Skinner and Jacques Lacan MD" , Love and behaviorism? How can we best generate schedules of reinforcement, and newly in a realistic virtual earth / Harbin?


What Does Lacan Say About… Love?


Imagine you see in front of you a beautiful flower, or a ripe fruit. You reach out your hand to grab it. But at the moment you do, the flower, or the fruit, bursts into flames. In its place you see another hand appear, reaching back towards your own. (Seminar VIII, p.52; p.179).

"In the seventh seminar, Lacan puts forward the figure of the mother as the key analytic referent justifying this rendition of the Real (a figure he relates to another figure, that of “the Lady” in the courtly love tradition)."

"This particular incarnation of the Real, about which Lacan goes into greatest detail when addressing both love and psychosis, is the provocative, perturbing enigma of the Other as an unknowable “x,” an unfathomable abyss of withdrawn-yet-proximate alterity (in his 1895 Project for a Scientific Psychology, to which Lacan refers repeatedly, Freud depicts this alterity in the guise of the Nebenmensch als Ding[Neighbor-as-Thing]).'

"That noted, in the Lacanian version of the Oedipus complex, the maternal figure initially features for the infant as a Real Other (i.e., the Nebenmensch als Ding)—more specifically, as an obscure omnipotent presence who is the source of all-important love (more will be said about Lacan's concept of love—see 2.4.1 below). "

"Being given specific items of food by a parent in response to a demand expressing hunger can indicate to the child not only that the parent understands that a need to eat has to be met, but also, and more importantly, that he/she is loved by the parent, that he/she enjoys a privileged position in relation to the parent's attention and priorities. Lacan therefore asserts that each and every demand is, at bottom, a demand for love. Returning to the equation “demand – need = desire,” what is desired when a demand is addressed to another is not so much the meeting of the thus-expressed need, but, in addition to this, the very love of another."

"Adults, whether parents or not, also are aware of a similar desiring restlessness in themselves, an inability to acquire an object or attain a success that would be “IT” (with-a-capital-I-and-T), the final be-all-and-end-all telos of wanting and wishing satisfying them for good forever after. Similarly, an adult in a romantic relationship never is content with being told that he/she is loved by the beloved only once; he/she insists upon repetitions ad infinitum of the affirmation by the significant other that, “I love you” (as if no affirmation is ever quite enough). With both children and adults, margins of dissatisfaction, perpetually resurfacing itches that never can be scratched just right, are to be explained, according to Lacan, through a clarification of the essence of the “love” demanded in all demands in excessive addition to the gratification of corresponding needs. "

*
GLA (Psychiatrist, MD, psychoanalyst, psychotherapist, clinician and Lacanian): Love and $1.95 cents will get you a coffee. But GLA also stood by Max Ehrmann's "Desiderata" with its expressions of love, as well - http://mwkworks.com/desiderata.html.

*
Love is giving something you don't have to someone who doesn't want it.
–Lacan


Love is giving something you don't have to someone who doesn't want it.
–Lacan pic.twitter.com/gk0aJhS8JN
— Jan Mieszkowski (@janmpdx) November 12, 2017

*
"Love is giving something you don't have to someone who doesn't want it."


The perfect imperfections of love

To love at all is to be vulnerable. Love anything and your heart will be wrung and possibly broken. If you want to make sure of keeping it intact you must give it to no one, not even an animal. Wrap it carefully round with hobbies and little luxuries; avoid all entanglements. Lock it up safe in the casket or coffin of your selfishness. But in that casket, safe, dark, motionless, airless, it will change. It will not be broken; it will become unbreakable, impenetrable, irredeemable. To love is to be vulnerable.

*
But even with these thoughts, how then best to generate the rocking out amazing mutual love and care for one another drawing on examples of best love (from one's past experiences) ... e.g. see WUaS's beginning Caring and Loving wiki page for open teaching and learning ... http://worlduniversity.wikia.com/wiki/Caring_and_Loving ... (and possibly in the context of psychotherapy too? ... and online? ) .. and also especially re MDMA as a related biological reference experience with regards to brain and body mind chemistry ?

... and as "body mind information technology" / thinking / neurophysiology ... and perhaps also in the context of traveling together to Harbin with a friend one loves as well (both actually, and online ... how would travel together online work?).

*
What Does Behaviorist BF Skinner say About... Love?

*
For my definition of love, I'd head in part in the direction of John Money's love/lust distinction - http://scottmacleod.com/JohnMoneyLustLoveParaphilia.html ( accessible here - http://scottmacleod.com/JohnMoneyConceptsOfDeterminism.html ) - especially re studying questions of sexuality in these regards ... (... new John Money PhD label today ... )

For a conception of loving personality, I might also point to From emotionally crippled to loving personality | George Vaillant | TEDxAmsterdam 2014 (SIGN LANG.) - https://www.youtube.com/watch?v=WKDsU96EVuk ("But love is love ..." from about 14 minutes to to 19 mins )

And for further definitions of love, my Friends' Dalton letter could be key (and to my research) -  http://scottmacleod.com/daltonletter.htm - ... as well as many of my writings ...

and searched on
"behaviorism/bf skinner and jacques lacanian psychoanalysis"

but I think Skinner dismisses the idea of the "inner mind" here (again) - https://www.youtube.com/watch?v=Bf-GKbcSFNo - at around the 14:00 minute mark (coming from an evolutionary biological perspective), as well as psychoanalytic thinking, and instead focusing on the brain re operant conditioning.

Yet I think too that my insights here (again) - http://scott-macleod.blogspot.com/2017/11/pinus-merkusii-bf-skinner-and-self-re.html (from yesterday, but back-posted to Saturday) - are a Skinnerian-informed quasi-introspective psychotherapeutic-Lacanian-language-informed synthesis of these two approaches to knowledge of behavior as well as what I'll call my neurophysiology - which I think would be scientifically generalizable and replicable and testable in rigorous well-designed studies.

*
Perhaps my "Guidelines for Practicing Loving Bliss vis a vis Practicing a Musical Instrument" - http://scottmacleod.com/GuidelinesPracticingLovingBlissvavMusicalInstrument.htm - and blog post from this weekend - http://scott-macleod.blogspot.com/2017/11/pinus-merkusii-bf-skinner-and-self-re.html - offer a way to begin to generate schedules / contingencies of reinforcement ... for generating loving bliss neurophysiology ...

*
Love and behaviorism? How can we best generate schedules of reinforcement, and newly in a realistic virtual earth / Harbin?

And re Dad ... you'll see some of my thinking that emerged in the process of writing this blog post -
http://scott-macleod.blogspot.com/2017/11/pinus-merkusii-bf-skinner-and-self-re.html
...

"(My father also comes to mind here, where I'd say he had kinds of temper tantrums, as it seems to me, and so did Iyengar have temper tantrums ... with whom I had very little direct engagement whatsoever, although I do have a certificate from the Iyengar Yoga Institute of San Francisco ... so while familiar with Iyengar Yoga as a system/its thinking (as a maverick American free-thinking independent student emerging from the 1960s, and not a "believer" throughout), I've also let this Yoga system go, - and appreciate my daily yoga and meditation first thing in the morning, which, because I do it daily, is likely a kind of reinforcer in a kind of Skinnerian sense) ..."
http://scott-macleod.blogspot.com/2017/11/pinus-merkusii-bf-skinner-and-self-re.html


And my daily writing and daily yoga meditation  sitting ... which I see as interesting reinforcers in an operant conditioning sense ...

Much also in the many posts in the past few days about love and psychology ... thinking developments, I'd say ... :)

Seeing Pin and M was great ... need to book my ticket back to P soon from Xmas ...

How was your weekend, and how are you?

*
There's much about LEARNING love in this blog post too. 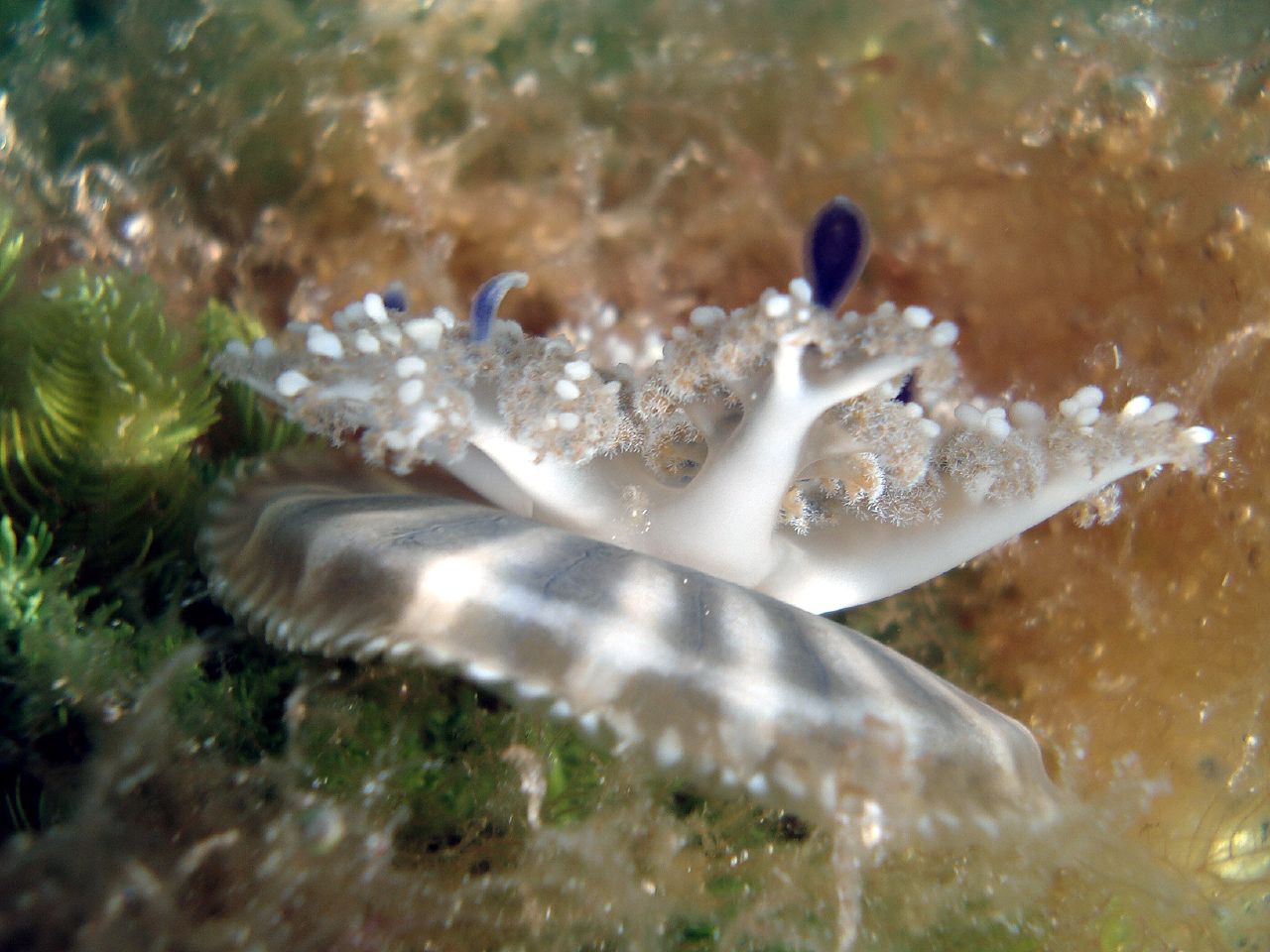 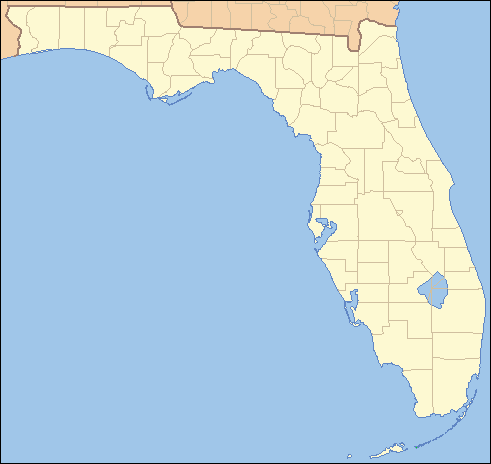