Blue rock thrush: [NTF-planning] Kindle version of "Godless for God's Sake," Experiences last autumn with publishing "Naked Harbin Ethnography" to Kindle, Created a Kindle version book in the Academic Press at World University and School (as an imprint) for my actual-virtual Harbin Hot Springs' ethnography - http//bit.ly/HarbinBook (and https://twitter.com/HarbinBook), How can the Kindle version be accessioned in online Quaker libraries in all countries, and their main and official languages?, Wonder, further, whether NtFs, with "Godless for God's Sake" on the Kindle, could identify a nascent Artificial Intelligence strategy, and particularly re pricing and sales?

Here are some of my recent experiences last autumn with publishing "Naked Harbin Ethnography" to Kindle:

I created a Kindle version book in the Academic Press at World University and School (as an imprint) for my actual-virtual Harbin Hot Springs' anthropological book - http//bit.ly/HarbinBook (and https://twitter.com/HarbinBook).

I worked on the phone with the very friendly and helpful Amazon/CreateSpace and separate Kindle representatives in developing first the paper version, and then the Kindle version. After the Kindle people eliminated the index - which they seem to do with some regularity - they then formatted my Kindle edition with a few links. And the price came down significantly for what is a very substantial academic book in many ways, in both versions. I think the photos transferred from digital paper (print on demand) to the smaller Kindle format well, and I didn't use any tables.

In developing this Academic Press at World University and School (where WUaS is Friendly/Quaker-informed in a quite a few ways), I find myself wearing a number of hats. I'm author, academic, editor (Rose helped greatly in editing about the first 2 chapters of my Harbin book - thank you, Rose C!) ... and especially publisher (and in a bunch of other roles too). (Friend Mark Helpsmeet just last week did a great interview conversation podcast about World University and School here - http://northernspiritradio.org/episode/free-universal-school).

My Harbin book may also be one guinea pig for machine translation into multiple languages for the Academic Press at WUaS in a few years as well - in both paper and Kindle.

World University and School would eventually like to hire a Publisher, with an eye not only to producing academic books, but especially selling them, moving them, sharing them - and eventually in multiple languages. This latter aspect   of being publisher and wanting my book to circulate, but not being very sales oriented (it may partly involve "lining up one's ducks" - with reviewers and academic libraries, as one grows a list of books and a reputation, as I see it from an inexperienced perspective), is something I'd like to plan for for both the paper and Kindle versions.

Carefully hiring an organization to publish to the Kindle, also with an eye to a successful track record of selling to one's book's target audience makes much sense - and Kindle does much/some of this automatically in their software, so engaging their software over time makes much sense too. But a publisher (and author) and online Kindle publisher organization still probably would do best knowing the target Kindle audience for, for example, "Godless for God's Sake." And I wonder with NtFs are moving into the role of becoming Publisher for NtF books re this email. Might this be the situation?

Congratulations on this upcoming new printing of the aptly-titled Godless for God's Sake.

*
(By way of comparison, and if the NtF Planning Group could be beginning to put on a "Publishers' Cap," the cost of academic books is in a different sphere than that of religious / irreligious / atheist or Quaker books. For example, a recently published book by the Cambria Press on 'Contents Tourism' called "Contents Tourism in Japan: Pilgrimages to “Sacred Sites” of Popular Culture" by Japanese academics/researchers from the north of Japan - I went to this conference in the UC Berkeley anthropology department recently - is selling for $119. Textbooks are even higher - both paper and Kindle, I'd imagine - partly because I think they lead to careers, and income. Translated academic books and textbooks probably cost even more, although machine translation will probably alter this math substantially).

Since your Dales Historical Monographs account is now defunct, is the "Nontheist Friends Network" nominally the publisher of "Godless for God's Sake"?

(By way of comparison with my "Naked Harbin Ethnography" book and sales re pricing questions, both the Kindle and print-on-demand paper versions in the US/dollars, (but not the UK/pounds or the E.U./Euro, the other 2 currencies and Amazons its sold in) ... and brainstorming-wise in terms of NtFs donning a "Publisher" cap (using a kind of Friendly reaching of unity in this email conversation, with you as author, David) ... I wonder about the metaphorical role of SalesForce, the SF Bay Area firm (and NtFs) - which seems not only to sell, but also especially to network via the internet, and internationally. Because  "Naked Harbin Ethnography" is in a new Academic Press at World University and School (planned for machine translation in all ~200 countries' official languages), the "A.P. at WUaS" technically an "imprint" at this stage (and not officially a publisher - CreateSpace is the publisher at this point), I wonder too about how best for "Godless for God's Sake" to reach out further to target audiences - the atheist Quaker readers being one core group. Since "Naked Harbin Ethnography" is an anthropological academic book focusing theoretically also on the "virtual"/effects of information technology, actively selling it to academic libraries (which have book purchasing budgets - and there are many of them) has much merit eventually. And the Kindle version of NHE doesn't have an index, so such academic libraries in all ~200 countries' official languages, would likely want the paper version of NHE (with its ~23 page index) priced at $64.95, and not so much the Kindle version for $24.99).

In what ways could NtFs best reach out actively to Quaker libraries+ in the US, the British Isles, Canada, Australia, South Africa and other English-speaking countries, with both Friendly- and non-theistic friendly presences, with the paper version of "Godless for God's Sake", beyond, for example, Quaker Yearly Meetings, the FGCs of these countries, Quarterly and Monthly Meeting email lists, other online Quaker and non-theistic groups (Zac?), and similar? And how can the Kindle version be accessioned in online Quaker libraries in all countries?

I wonder, further, whether NtFs, with "Godless for God's Sake" on the Kindle, could identify a nascent Artificial Intelligence strategy, and particularly re pricing and sales?

Hmmm ... In reply to your recent emails, and brainstorming-wise, taking off my author (NHE) and publisher (A.P. at WUaS) caps, and putting on my librarian's and president's/presiding clerk's (WUaS) hats:

Would World University and School's libraries planned online in all 7,099 living languages (where CC Wikipedia/Wikidata is in 358 languages) receive donations of the Kindle version of "Godless for God's Sake" in English? Yes.

I think WUaS's planned libraries in all 7,099 languages - http://worlduniversity.wikia.com/wiki/Library_Resources (also as wikis, so peoples can add the online open libraries and databases they know of in their countries and languages) - however would prefer a different file format of digital book donation, in general, and that didn't have so many limitations on it ... such as one the Friendly-informed Academic Press at World University and School might eventually generate with machine translation in mind. Given the nature of copyright and Creative Commons' licenses, WUaS's online libraries in major countries' official languages as part of accrediting online CC4 MIT OCW-centric (in 7 languages) WUaS universities in main and official languages will probably make some bibliographic resources available to matriculated students only, and others as open as possible (in a variety of ways).

Margaret and NtFs, WUaS now has 2 committed prospective undergraduate students this autumn, one who has Quaker connections in Pgh and SF, and who, in a new development in WUaS planning, will be a transfer student having two gotten AA degrees so far. (Admitting transfer students has been off the table in WUaS planning for accreditation for years now; she should be able to finish in a year and get a free accrediting CC MIT OCW-centric Bachelor's degree online from WUaS). Another prospective student is from the Sudan in north Africa, and English is not his first language; he'll be matriculating studying as a first year student - hopefully he'll have video wi-fi bandwidth 24/7 in Sudan by the autumn. For thinking and planning purposes, here's the developing WUaS Course Catalog - https://docs.google.com/spreadsheets/d/1VRHhXYsk-V9lvSh5onaU2hnEhwoapSN7HyBK1P09LIk/edit?usp=sharing
(http://worlduniversityandschool.org/) .

I support trying US$8,99 for Godless for God's Sake if that's the question at hand.

Apologies for the many-to-many hat metaphors.

*
... but in terms of price lowering to US$8.99, I think I'd do it experimentally for a year comparing sales with only the previous year (or 2 or 3, since the title has been around for some years now), and if no marked increase in sales occurs, I might raise the price again (- my further two cents' worth, and not engaging I.T. the way which might add great value here).

(What are the best medias for loving bliss neurophysiology generation - http://worlduniversity.wikia.com/wiki/Loving_Bliss_(eliciting_this_neurophysiology) - to re-iterate and ongoing focus of an inquiry here for me - and in the context of non theistic Friendliness?:)

Not so much of a hat juggler, Scott

(As a further continuation of brain-storming - http://scott-macleod.blogspot.com/2017/04/cleidoic-egg-open-nmt-neural-machine.html (April 16, 2017) - with a Publisher's Cap on and concerning an Artificial Intelligence strategy, here are some ideas. This thread inspires me re thinking about publishing "Godless for God's Sake" and "Naked Harbin Ethnography" in other languages, - perhaps re both Dale Historical Monographs as well as the Academic Press at World University and School, and re the Kindle. The Kindle actually gave rise to A) a piece of Kindle proprietary reader hardware, and B) a file format, probably loosely akin to a Word document or PDF - Portable Document Format (https://en.wikipedia.org/wiki/Portable_Document_Format), which which many of us may be familiar. So, by contrast, I think the Academic Press at WUaS would seek to develop its texts for translation in ~200 countries' official languages, in something based on RDF, Resource_Description_Framework, which is https://en.wikipedia.org/wiki/Resource_Description_Framework generally used for linked open data, the building blocks of Artificial Intelligence, having a triplet format, and then into a printable and device-readable format. Since RDFs and A.I are somewhat recent developments, it may be that Amazon is kind of locked into previous I.T. publishing infrastructure, and they certainly aren't in all ~200 countries languages/currencies, RDFs are a basis toofor Wikidata, which is Wikipedia's database in 358 languages, as well - so RDFs are potentially a great beginning for machine translation, and the basis of a new approach to publishing anticipating all 7099 languages), Wikidata, and the Wikimedia Foundation in SF, are developing many of these information technologies actually.

So keeping publishing "Godless for God's Sake" simple on paper and in Kindle makes sense, but anticipating new forms of publishing information technologies in multiple languages also makes sense, brainstorming-wise, and possibly with RDFs as a new kind  of basis, is something the Academic Press at WUaS is doing.

As a kind of FYI, here is "Naked Harbin Ethnography" in paper and for Kindle in U.S. dollars ~ http://amazon.com/author/scottmacleodworlduniversity ~ and here is "Godless for God's Sake" -https://www.amazon.com/Godless-Gods-Sake-Nontheism-Contemporary/dp/0951157868 on paper, and soon to be in the Kindle format (which is no longer tied to the Kindle hardware, I think). I think there are also separate web pages for both of these in Pounds and in Euros. (WUaS may also seek to develop with Bitcoin and Blockchain as well as an Universal Basic Income in all ~200 countries' main and official languages - as an expression of care). 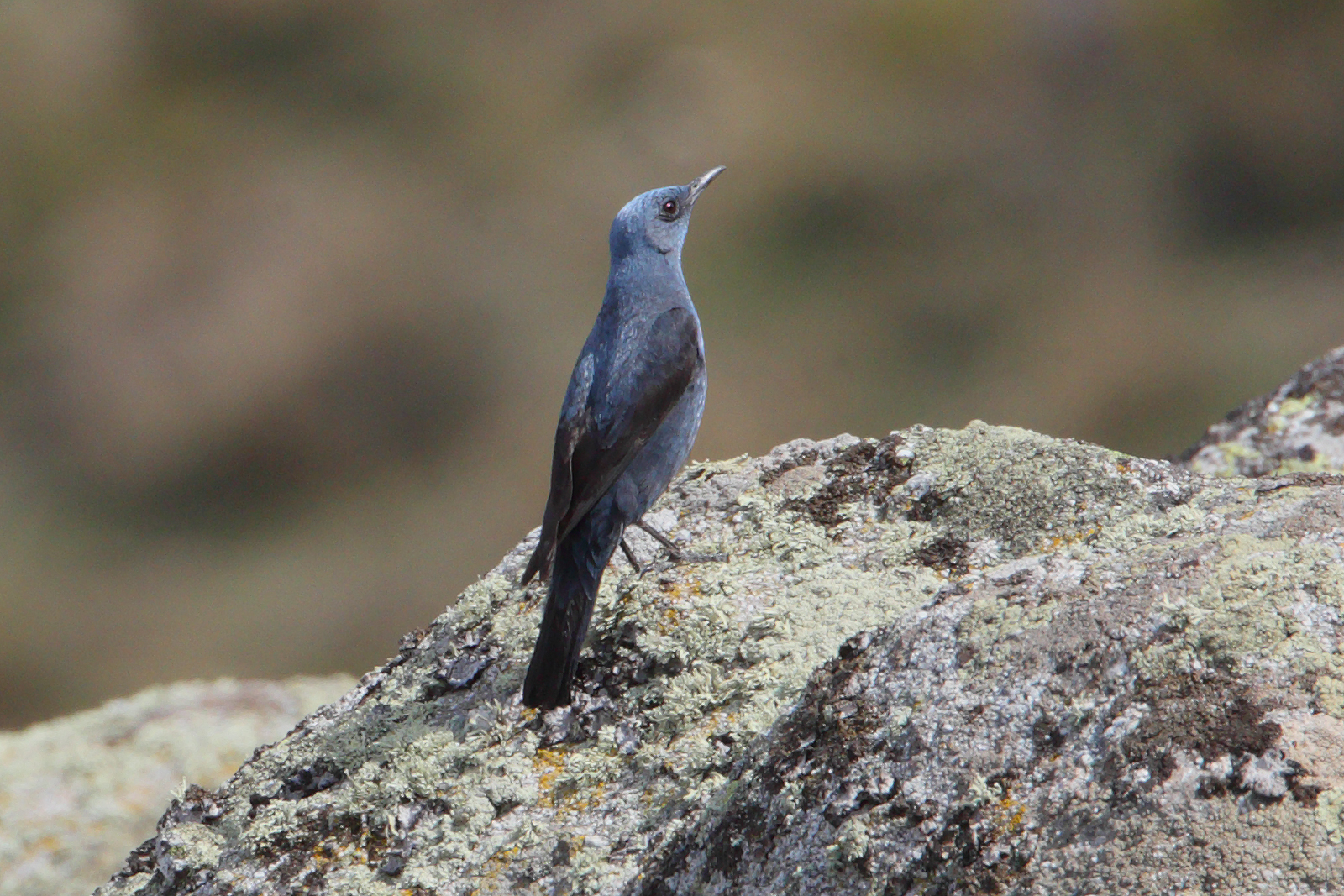