Great apes: As human primates, I think yoga, particularly yogasana (e.g. yoga poses), has much value for navigating not only the evolutionary biological history of our hominid bodyminds in terms of socioculture, but also learning about our hominid neurophysiologies in terms of critical thinking from a place of health and ease (which yoga generates), Ahimsa - Nonviolence - Pacifism - To avoid harming, Bonobo chimpanzee, Ecology, Evolution, Evolutionary biology, Modernity, Primatology, Theories of Learning, Yoga


As human primates, I think yoga, particularly yogasana (i.e. yoga poses), has much value for navigating not only the evolutionary biological history of our hominid bodyminds, but also providing a kind of code (e.g. Patanjali's sutras, - http://en.wikipedia.org/wiki/Yoga#Yoga_Sutras_of_Patanjali - thought about critically, and, vis-a-vis the yamas, for example, minus conceptions of the divine, of brahmacharya, of greedlessness {e.g. a fair/living wage and socially conscious entrepreneurship both have merit}, et al., and plus with support for primate mates/offspring, and sexuality, and also plus nonharming, integrity/truthfulness, and non-stealing, et al.), with which to navigate, and affect, the socioculture within which we live, as well as our own neurophysiologies/biologies, in terms of critical thinking from a 'place' of health and ease (which yoga can generate). As human hominids that learn, I wonder particularly how we might learn 'nonharming,' vis-a-vis Bonobo chimpanzees - which is so much nicer, and caring, for the 'other,' than harming.

While both species of chimpanzees are our closest genetic relatives (by some estimates, we share 98% of our genes in common), Bonobo chimpanzees seem to have been selected for nonharming, matriarchal society, egalitarianism and much sexuality, and common chimpanzees seem to have been selected for violence and territorialism, in part, among other sometimes negative-to-the-'other' traits, - where speciation occurred possibly 5-7 million years' ago for all of our species, as I interpret the scientific literature. While such an inheritance, or legacy, and its implications for humans, aren't too actively considered these days in the modern world, or in the media, and also vis-a-vis the internet, particularly in terms of 'narratives' from which we can learn, I wonder how humans might benefit from learning about our natural history, vis-a-vis these species as a form of realism - with much further research and primatological science needed - and wonder also about ways in which this might create more peace on earth among humans, especially.

Orangutans and humans may share a common ancestor from some 17 million years' ago, and Orangs may also be very solitary in their habitats, and some researchers also consider them among the most intelligent of primate species, of which there are some 376. Such solitariness seems to have much benefit for learning from, as well, in terms of human, social conflict, as I see it.

But while we human primates are intelligent and can learn, our closest, primate relatives, - which are also most intelligent, including gorillas, by some accounts among all the 376 species of primates - seem to learn far less well than humans, by way of comparison, with language, for example. Evolutionary biology, language and symbols have given humans the ability to learn in remarkable ways.

Yoga's focus on Ahimsa (i.e. to avoid harming), and that both Yoga and Ahimsa are learnable, and Bonobo chimpanzees' evolutionary biological 'inheritance' of nonharming via evolution by natural selection in this primate species, seem to be fruitful avenues for study, and for learning from, by us human primates.


I'm particularly interested in how learning nonviolence for us human primates might occur through kinds of 'ecology,' which not only include questions, and research about, inter-species relationships and habitat, - our human, hominid, evolution legacy, - but also include understanding the internet, modernity, languages, interspecies and inter-sociocultural relationships.

Writing, research, teaching and learning seem to be possibly fruitful avenues for this ... and with an invitation to do yogasana regularly, and learn pacifism.


World University and School offers some wiki subjects / approaches to learn about these issues ...

From Harvard pediatrician Dr. John Palfrey:
"Please read our son, John Palfrey's letter to his Phillips Academy, Andover students, about the violence (recent shooting of 26 children and teachers in Newtown, CT) and how students might respond:
http://radioboston.wbur.org/2012/12/17/talking-coping-violence ." 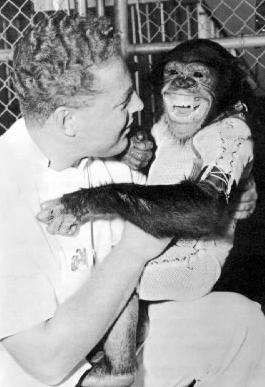 https://en.wikipedia.org/wiki/Hominidae
...
Posted by Scott MacLeod: at 8:35 AM