Tanagers: Meme, as cultural replicating unit, 'Ideas' are another word for memes ... How is the idea of 'meme' considered or engaged in the fields of psychiatry and psychology? Memes in psychiatry are a very helpful idea explaining a lot, Is it considered at all in psychiatry, for example, in the new or old DSM, or in its mostly European parallel? ... Wendell Berry's talk at Yale University, How to cultivate replicating non-harming, or care, memes, especially given we human primates' common chimpanzee tendencies, in my interpretation, relative to Bonobo chimpanzees, for example? Further helpful definition of 'meme'


Meme, as cultural replicating unit ...
(Dawkins coined the word in 1976 in his book "The Selfish Gene" as a correlate of genes, using the examples, I think, of a novel or a pretty summer dress, and more particularly of the rabies' virus, which jumps from bodymind to bodymind, due to the parasitical nature of this rabies' form of life).


How is it considered or engaged in the fields of


Memes in psychiatry are a very helpful idea explaining a lot.

'Ideas' are another word for memes.

Is it considered at all in psychiatry, for example, in the new or old DSM, or in its mostly European parallel ...?

Diagnosing Psychiatric Disorders: The Synchronization of DSM-5 and ICD-10-CM
http://www.psychiatrictimes.com/cme/diagnosing-psychiatric-disorders-synchronization-dsm-5-and-icd-10-cm

I was asking these questions of a friend at San Francisco Friends' Meeting this past Sunday, before heading into Quaker Meeting ... My friend replied that memes are 'ideas.'

Meme, as a concept, explains a lot, and emerges only due to Darwin and evolutionary biological thinking to explain cultural phenomena, acting in somewhat parallel ways to genes, which replicate themselves fundamentally ... with 3-100 million species on earth going back 3.5 billion years.

Religion, (like Quakerism, for example), is very memetic. But memes, for example, aren't always helpful or good (sometimes they can be harmful or even deadly, for example), and it can take a Copernicus, and conflict, to change religious memes.

Youtube is a very far reaching 'meme-machine,' in my interpretation.

On the other hand, new memes emerge with time, which can be very therapeutic, such as watsu - water shiatsu - done in warm pools (and which originated at Harbin Hot Springs).

There's an arbitrary aspect to memes.

Here are some wiki subjects about this, where we can add related ideas:

Wendell Berry's talk at Yale is on, in many ways, non-harming or care, vis-a-vis sustainable farming and industrialism ...

I'm posting this video here because I'd like to share these ideas or memes by Wendell Berry.

How to cultivate replicating non-harming or care memes, especially given we human primates' common chimpanzee tendencies, in my interpretation, relative to Bonobo chimpanzees, for example? In listening closely and in reading between the lines to Wendell Berry's talk with his interviewers,  I wonder if they are examining some aspects or concerns about this, as well.

I found a helpful definition of 'meme' today in the Apple 2.x dictionary ...

meme |mēm|
noun Biology
an element of a culture or system of behavior that may be considered to be passed from one individual to another by nongenetic means, esp. imitation.

ORIGIN 1970s: from Greek mimēma ‘that which is imitated,’ on the pattern of gene. 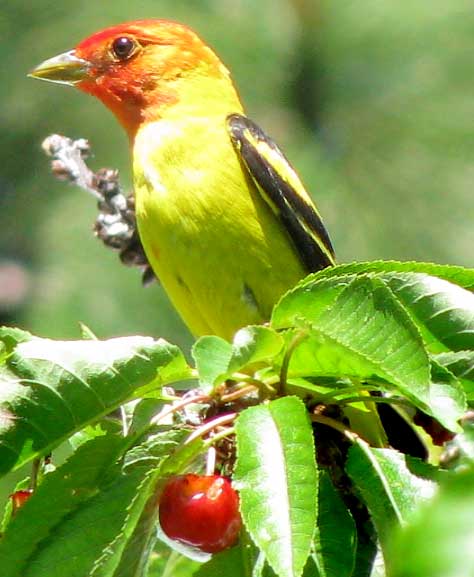