Blue Morpho: education and Scottish country dancing, "Why Blockchain is a Game Changer for the Health Industry", WUaS's "You at WUaS" and online teaching "Hospitals" and "Clinical Research" and again planning for all 7 billion+ people on the planet database-wise, Stanford Medicine Grand Rounds, WUaS developing in NEW Miraheze MediaWiki, WUaS is just beginning to matriculate/enroll students, and presently this is with an email from me, Here's an example of course structure for our first matriculating students re a MIT OCW course

Thanks for your email. See you tomorrow at Stanford Medicine if you're there; I met Jonathan Chen at another Grand Rounds not long ago - http://medicinecalendars.stanford.edu/event/medicine-grand-rounds-understanding-healthcare-reform-pre-aca-to-aca-to/?instance_id=20184.

And the RSCDS-SF has a fairly comprehensive listing of dances+ in the SF Bay Area - http://www.rscds-sf.org/classes/.

Red Thistle SCD in Palo Alto, which I may have mentioned to you, appears to be for advanced dancers.

Startup World University and School is just beginning to matriculate/enroll students, and presently this is with an email from me and for an online CC MIT OCW-centric Bachelor's degree in English. If you know of someone who's interested, please invite them to email me at ___@worlduniversityandschool.org ; the (new) wiki is open for teaching and learning, and soon in many languages.

(WUaS is interested even in planning for very large numbers of students in all ~200 countries' official languages - and even all 7 billion+ people for Blockchain/bitcoin +. Here's an explanation of Blockchain's potential which I recently found helpful re health care data: "Why
Blockchain is a Game Changer for the Health Industry" -
https://twitter.com/GerdMoeBehrens/status/899024693050695680 (posted here recently - https://twitter.com/WorldUnivAndSch) - and for WUaS's "You at WUaS" and online teaching "Hospitals" and "Clinical Research" and again planning for all 7 billion+ people on the planet database-wise.

Hope to see you tomorrow morning if you're at Medical Grand Rounds.

Ross, thank you as well.

I'm teaching an open course on the Information Age on Tuesdays at 9 am in a group video Hangout beginning Tuesdays, September 26th - http://worlduniversityandschool.org/InfoTechNetworkSocGlobalUniv.html - if you might be interested, and otherwise there are literally potentially unlimited opportunities on the wiki side -
wiki.worlduniversityandschool.org - for both teaching and learning, with much MIT OpenCourseWare, for example. What are you interested in learning?

Thanks for your clear feedback. I hope this finds you well as well. I'm learning about this Miraheze Mediawiki software, and so am grateful for your replies.

nor in the new "Frettinga" test page I created -

I only see the option to type in my own translation. (I thought I might see the beginnings of a German translation, but also wonder whether that will further emerge when Wikidata-lexeme - http://wikidata-lexeme.wmflabs.org/index.php/Main_Page in Wikidata/Wiktionary emerges).

So thanks to you, here is the beginning of a translated Frettinga test page - https://wiki.worlduniversityandschool.org/w/index.php?title=Special:Translate&group=page-Frettinga&language=de&action=page&filter=.

I'll begin to seek Chinese and Spanish translators for WUaS degree programs in those languages - and soon to begin to add MIT OCW courses to various WUaS Subject pages, when they are newly in Miraheze.

(And WUaS seeks eventually to generate an universal translator - and probably partly with Lexeme-Wikidata, since WUaS donated itself to Wikidata in Oct 2015, and even for academic publishing to paper+ (so book publication) - so how best to focus / help to create this in its emergence, Luca? Phabricator?)

How please would you suggest creating a list of languages on the left like Spanish here - https://en.wikipedia.org/wiki/Nontheist_Quakers - and with Spanish, but where the priority languages also include German, and the MIT OCW languages - Chinese, Spanish, Korean, Portuguese, Turkish, Persian (which are MIT OCW languages - https://ocw.mit.edu/courses/translated-courses/) - and Romanian, French, Russian, Arabic, (https://en.wikipedia.org/wiki/Official_languages_of_the_United_Nations), Hindi, Tamil, Scots Gaelic, Vietnamese, Japanese and Italian (and the option to easily add other languages, like Native American languages, for example) - also over on the left?

Thank you again - and particularly for your helpful and encouraging responses to my questions about the new - https://wiki.worlduniversityandschool.org/ - which is coming along nicely.

Eventually WUaS will seek to have machine translation available on this wiki, especially in that WUaS seeks to create an universal translator in all 7,099 living languages (for text, voice, for an academic press in all languages, potentially integrated with CC-0 Wikisource, and in a realistic virtual earth - and for (Google?) brain research even), but not yet.

Re Languages - which are WUaS's first and foremost area (of about 10 areas) ... worlduniversityandschool.org (each planned, in that language, as a wiki school or a major university i.e. Harvard/MIT/Stanford) - it would be great to be able to just list all 295 languages in Wikipedia in the left column of WUaS's new wiki, and also plan for all 7,099 living languages (in Ethnologue), 8,444 entries in languages (in Glottolog), the languages of the ISO 639+ and then make it possible for an academic linguistic researcher or a computational linguist, for example, to add other ones they find or invent etc. (... similarly for WUaS Nation States, each to become a major university in their official / main languages).

Would it be possible please to just begin creating "Languages" and ~200 (Olympics?) "Nation States' lists in the left column, soon-ish? ("Nation States" would be in English and their official/main languages again, to start).

In the meantime, I'll explore using the language tag you suggest - "

Re the Wikidata-Lexeme, which Lydia's team has been developing ...  https://twitter.com/nightrose/status/898936778807291908 ...
http://wikidata-lexeme.wmflabs.org/index.php/Main_Page - it looks like this is NOT a WMF project - Warning: this is not a live Wikimedia Foundation project. - so it could potentially become integrated independently of WMF.

I'll continue with developing some of my previous questions in this thread e.g. a) Citoid in Wikipedia's languages and re Miraheze Phabricator and b) WUaS TEMPLATES which would also be integrated languages-wise (above). I'm curious to begin too adding individual CC-4 MIT OCW courses to individual WUaS wiki subjects (http://worlduniversity.wikia.com/wiki/Computer_Science - and which might connect with matriculated students - http://worlduniversity.wikia.com/wiki/You_at_World_University), but this would probably wait until the WUaS SUBJECT TEMPLATE is working in Miraheze. How best to integrate the SUBJECT TEMPLATE in multiple languages WITH Wikidata/Wikibase, and language by language, is also an imminent question.

In the meantime, I'll also begin to explore the English-German translation potentials further, and seek Chinese and Spanish academics and coders - since these are WUaS's pilot languages. Thank you.

Thanks so much, Luca, for your many good suggestions!

I'll check out - https://www.mediawiki.org/wiki/Extension:CustomSidebar - and many of your other good Miraheze information technologies, and re these previous beginning attempts at "Languages" and "Nation States" at WUaS:

... planning for Blockchain (and Bitcoin) at this stage has much merit.

Here's an explanation of Blockchain's potential which I found helpful re health care data: "Why Blockchain is a Game Changer for the Health Industry" - https://twitter.com/GerdMoeBehrens/status/899024693050695680 (posted here recently - https://twitter.com/WorldUnivAndSch) - and WUaS's "You at WUaS" and Teaching "Hospitals" and "Clinical Research" are planning for all 7 billion+ people on the planet database-wise.

WUaS is also planning an online Academic Press - http://worlduniversityandschool.org/AcademicPress.html - in all 7,099 living languages with robust machine translation (http://worlduniversity.wikia.com/wiki/Academic_Press_at_World_University_and_School) and similarly an online Bookstore, and potentially coding these with CC-0 Wikisource (per Lydia) in Wikipedia's 295 languages. All of this would integrate with Blockchain and Bitcoin in all ~200 countries, and the WUaS law students (and Computer Science Ph.D. students) in all ~200 countries' official languages could help code for this in their countries' legal system.

*
Here's an example of course structure for our first matriculating students re a MIT OCW course.

Dear T:
The course web site is https://ocw.mit.edu/courses/sloan-school-of-management/15-031j-energy-decisions-markets-and-policies-spring-2012/index.htm.   It looks to me like this course was offered live in the spring and will not be offered live this fall.  However, the web site has links to all of the materials that you will need to take with course as an independent study course with me.

The grading scheme listed on the web site cannot work, since there won't be students to make a team.  Instead, I will assign you a pass/fail grade based on your completing the work and sending me the assignments and on your doing well on the tests that I generate for you.  Okay?

The next step is for you to explore this web site and make sure that you discuss any problems with me.  Sincerely, L.V. 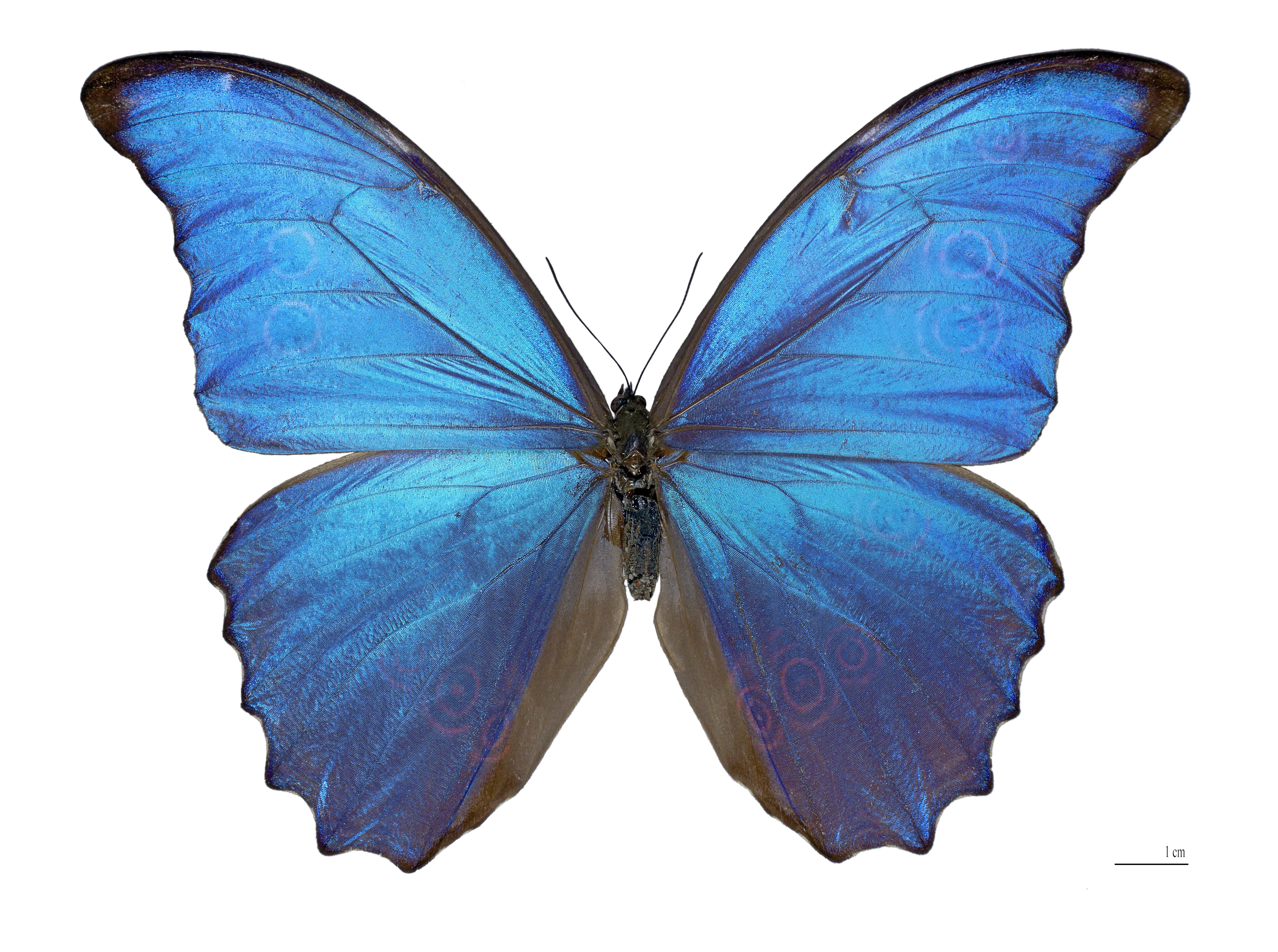