Gobies: Scott MacLeod's "Honey in the Bag" upcoming CD Tune List, Scottish small pipes' GHB bagpipe music and tunes I like a lot * * * Brìghde Chaimbeul's debut CD "The Reeling" * * * Just searched on: Can I make a CD from recording to youtube? Seems so * * * Stanford Law Blockchain Copyright Exchange (BCE) presentation and re the entertainment industry ... Am curious how you'd envision suggesting using BCE for Brìghde Chaimbeul's debut CD "The Reeling" on a C Scottish small pipes' chanter which she just put on Spotify, Stanford Law Blockchain Copyright Exchange (BCE) presentation: I think the 'building blocks' of such a system would be a Spotify music streaming app and an Indiegogo crowd funding app, and then Jiarui choosing one of two main blockchain BCE systems available to him as coder

For your information, and for my learning re a debut Scottish small piping CD on an A chanter which I'm developing tentatively entitled "Honey in the Bag," here's Brìghde Chaimbeul's debut CD "The Reeling" on a C Scottish small pipes' chanter (one review says) -

And there are about 3 other musicians on her CD ...

I may record my sets of tunes to Youtube first on my porch with the hills behind me ... (and then see if I can eventually put them easily onto a CD disk)

Just put together an initial of list of tunes (see below) ... see line 4 here - "Tunes I like a lot" - (in addition to my previous emails re conceiving of this)

And I also pulled out 3 old audio cassettes of PM wee Donald MacLeod from the '70s I think, which have moved me a lot ... for another way of thinking about how to order the tunes, for one. (He like Brìghde was a Scot, and also from the Highlands, I think; he was an amazing piper and composer as well).

The Banjo Breakdown ?
The Whistling Postman
Out of the Air
Calm Before the Storm

Calum Beag
Zeto the Bubbleman
The Pumpkin’s Fancy
The Streaker

From Babylon to the Bay

The Black Watch Polka
The Queen’s Own Highlander’s Polka


Amazing Grace in 5 parts (dubbed over?)


Eurasian oystercatcher: Check out the new Scottish small pipes' album 'The Reeling' from Brìghde Chaimbeul from Skye - with the beginnings of all tracks in the Guardian article - (as a good outreach idea I think), An inspiration (and model) for creating my own first Scottish small piping CD with piping tunes I play ... and further in the direction of Grateful Dead (from about '65 to '79), Kathryn Tickell at the Cambridge/Oxford Folk Festivals +, as well as Steeleye Spans' folk rock in the '60s and '70s+. I want folks to want to seek out a related channel on iHeartRadio streaming internet or similar, for example - as a vision - and it takes them someplace

Continuing this exploration of a new Scottish small piping CD, and hope to come into conversation in writing too with the following bagpiping CDs and musicians I enjoy a lot a lot.

Snippets of the beginnings of all their tracks are here (amazingly):

The Islay Ball (2001)
Gary West
https://www.amazon.com/Islay-Ball-Gary-West/dp/B003B7QYB8
(appreciating the beauty of this CD - Gary West was my tutor at the University of Edinburgh in 2003-2004 - and does BBC Pipeline, and its Scottish small pipes, Scottish highland pipes, and whistle and singing, for the variety; also like the drive and musicality here and when it catches my ear in CDs below).

*
The Reeling
Brighde Chaimbeul
January 18, 2019
https://www.theguardian.com/music/2019/feb/08/brighde-chaimbeul-the-reeling-review-river-lea-gaelic-drones
(https://www.amazon.com/Reeling-Brighde-Chaimbeul/dp/B07MFVZMX2)
(her chanter is in C)

*
The New York Recordings 1967
Pipe Major Donald MacLeod
https://www.amazon.com/New-York-Recordings-1967/dp/B0090AXEAO
(Am a fan of Donald MacLeod's piping and compositions, and his chanter on this CD sounds to be in B (using 'Sound Corset'), not B flat, - or the A of my Scottish small pipes' chanter - at this point, because I don't think I'll play my D chanter on my upcoming CD).

*
Stuart Liddell - Inveroran (2007)
http://www.gaelicmusic.com/album.php?SKU=SKYECD43
(Am a fan of Stuart's remarkable and lyrical at Piping Live Glasgow, all 1-8 sections, and his excellent playing of both familiar fairly simple tunes, as well as most challenging tunes) ... :

https://youtu.be/vmjDbN48_vg
(This album too with Kathryn Tickell Northumbrian small piper has a kind of sensuousness I'm appreciative of, and am seeking to come into conversation with musically re my upcoming Scottish small piping CD).

Just searched on:
Can I make a CD from recording to youtube?

The final step is to hit “Add to Download”, then the YouTube audio will be downloaded to your computer. Now, you can use the built-in CD burner to burn the downloaded music to CD. Insert a blank disc to your CD-ROM drive.
Best bet to copy and burn YouTube music to CD - Apowersoft
https://www.apowersoft.com/burn-youtube-music-to-cd.html


Seeking to play a bit with a metronome, and daily from home socially though (so in a Google Hangout?), ... as I develop my Scottish small piping CD ... and find a way between a perfection-focus, a vision of playing technically  perfectly, and, say, this High Level Ranters' album of 1964 highlighting Northumbrian piping -

The High Level Ranters - Ranting Lads https://t.co/kjRvLHr1fg
"a Northumbian traditional musical group founded in 1964, best known for being one of the first bands in the revival of the Northumbrian smallpipes" https://t.co/YjXsnJhUmC > https://t.co/oR00hEH70l ~@WorldUnivAndSch ~
— Open Band (Berkeley) (@TheOpenBand) February 28, 2019

https://twitter.com/TheOpenBand/status/1101004484019277824 - and possibly from a folk ethnomusicology perspective containing much more re northern British Isle's musical idioms +++ - and creating my own moving music (Grateful Dead made lots of mistakes from some perspectives, for example, but I also listen to them among the most because their music is moving, by way of comparison:). Re playing and listening to moving music (which I do a lot on internet streaming radio channels these days), one way of saying the above is I think I'm seeking to develop not classical music approach to this piping CD (and I'm not planning on playing any Piobaireachd on this), but rather a musically MOVING kind of folk approach.
& re ... https://scott-macleod.blogspot.com/2019/02/gobies-scott-macleods-honey-in-bag-cd.html ...

Montgomery Smallpipeshttps://t.co/bkOyvaZwk3 - https://t.co/aLDJsuJlyR - 'The most important surviving set of 18th Century smallpipes is the Montgomery smallpipes which are on permanent display in the Museum of Scotland, Edinburgh' > https://t.co/Th9NYKGtS0 @WorldUnivAndSch ~
— Open Band (Berkeley) (@TheOpenBand) February 28, 2019

Thanks so much for your timely and topical Blockchain Copyright Exchange (BCE) presentation, and nice to meet and talk with you afterward, Jairui. (Am addressing this email mostly to Jiarui, but with items of possible interest to all of you). And thanks to all of you for your great presentations - https://law.stanford.edu/2019/02/27/codex-meeting-2-28/.

Brainstorming-wise, I'm curious how you'd envision suggesting using BCE for Brìghde Chaimbeul's debut CD "The Reeling" on a C Scottish small pipes' chanter which she just put on Spotify - https://open.spotify.com/search/songs/Chaimbeul%20The%20Reeling - with potentially a quite small group of target listeners, for example? She's from the Isle of Skye in the north of Scotland, which is a small country in its own right. And brainstorming-wise further, here's a Scottish small piping CD album I'm planning to make - https://scott-macleod.blogspot.com/2019/02/gobies-scott-macleods-honey-in-bag-cd.html (with links to Brìghde's work too). And I'm planning to begin with recording to Youtube. Perhaps this would all be helpful to you in your further developing BCE, conceptually and strategy-wise.

And do you know Dr. Robert Chang MD, a professor of ophthalmology at Stanford Medicine who just gave a talk about Blockchain ledger for healthcare. You'll find resources about his talk here - https://scott-macleod.blogspot.com/2019/02/giant-panda-stanford-cdh-workshop.html - as well as a characterization of Blockchain ledger - https://twitter.com/ValaAfshar/status/957308334154985472 - that I've found helpful and that I think complements yours. You'll also find resources in this blog entry some resources about World University and School's planned online medical schools with teaching hospitals in all ~200 countries' official and main languages - and WUaS is planning online Law schools too in all ~200 countries' languages. Chinese, Spanish and English are WUaS's pilot languages (but WUaS is planning to be in all 7,097 living languages with machine translation).  You'll also find in this blog post a day long MIT conference on Robotic Systems with Blockchain that's fascinating, but doesn't touch on the entertainment industry.

I"m posting below some beginning universities and law schools and related World University and School wiki pages. WUaS is like Wikipedia in 300 languages with CC-4 MIT OCW in 5 languages, and plans to offer online degrees in ~200 countries' main / official languages - Law, Medicine, Ph.D., Bachelor, and I.B. high school - and WUaS just attended our first day-long workshop with the state of California's BPPE last Wednesday (a milestone long in coming:). (See, too - https://wiki.worlduniversityandschool.org/wiki/WUaS_Universal_Translator < https://wiki.worlduniversityandschool.org/wiki/Subjects).

Let's stay in touch about all of this.

Thank you again for your great presentations.

Giant Panda: Stanford Medicine Workshop: Blockchain Technology in Healthcare, 1 Tracks transactions and stores data in a CHAIN of blocks, 2 Decentralized and distributed so it creates TRUST in the data (2:20) by solving a cryptographic puzzle as first step to adding a block in the ledger, 3 Dramatic lessening of intermediaries - i.e. such as bankers/lawyers etc. (3:20) ... how could blockchain be used with tele-robotic surgery? * * * re Epic and Electronic Health Records (EHR) in the US, but especially in all ~200 other countries in the world re blockchain for robotics' systems for medicine (again re this "MIT Symposium on Blockchain for Robotic Systems" .... https://youtu.be/OcSYWWuO6rU ...)? As I learned in Stanford Medicine Grand Rounds many months ago, Epic EHR controls about 50% of the US health data market * * * How much need is there for TRUST in the Epic/Cerner Electronic Health Records (EHR) data (used by ~%50 of US hospitals)? And what could blockchain add to these EHRs if they were developed anew with blockchain - and re, for ophthalmological surgery to begin - and planning for all ~200 countries?

*
Per a conversation afterward at Stanford Law with Jiarui and another person present, I think the 'building blocks' of such a system would be a Spotify music streaming app and an Indiegogo crowd funding app, and then Jiarui choosing one of two main blockchain BCE systems available to him as coder today ... as a further kind of overview of how blockchain ledger might work, and with regard to copyright infringement questions. (Am seeking to learn about how trust per - https://twitter.com/ValaAfshar/status/957308334154985472 - would be important for transactions for a next Scottish small piping CD by Brìghde Chaimbeul, for example). 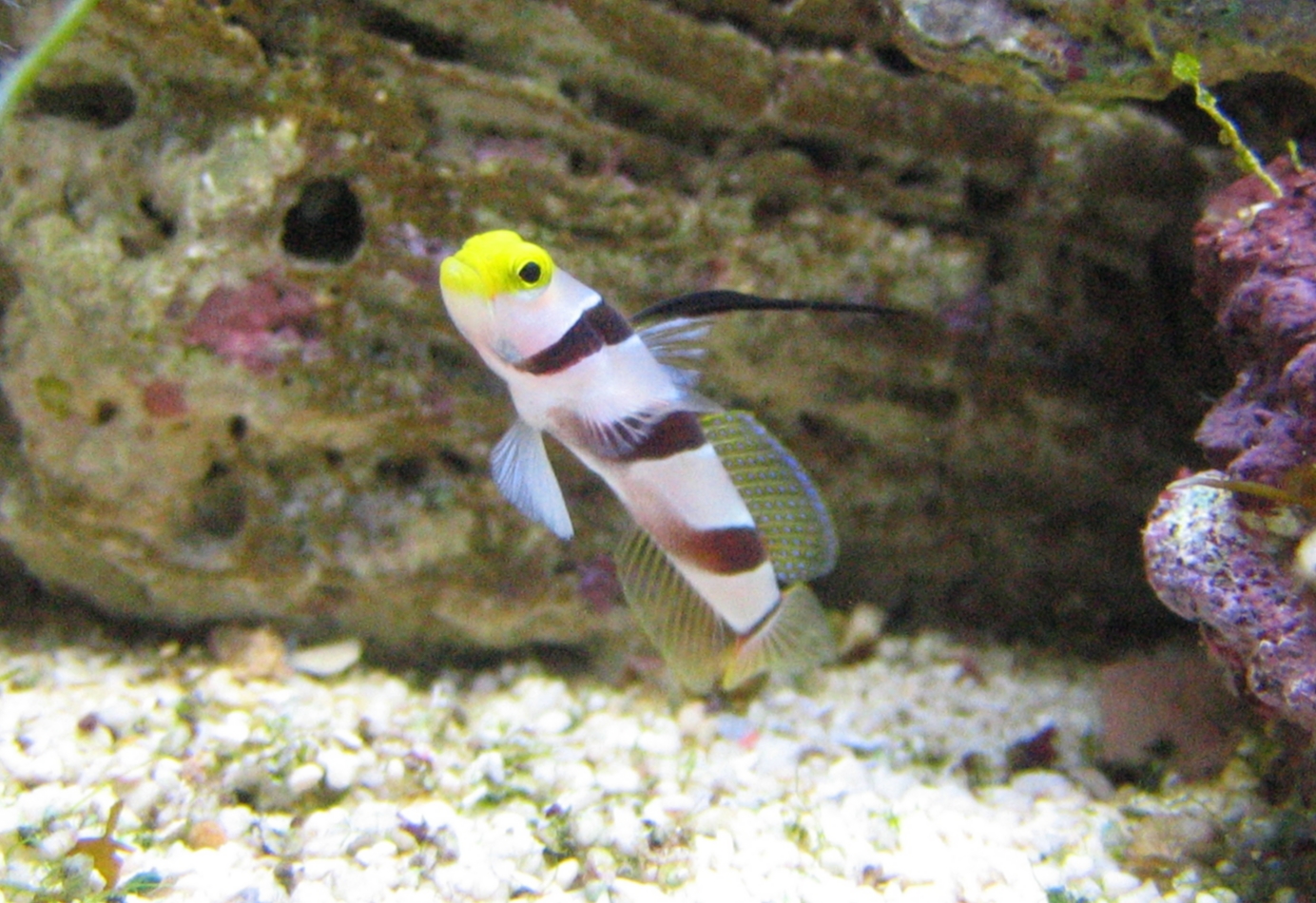 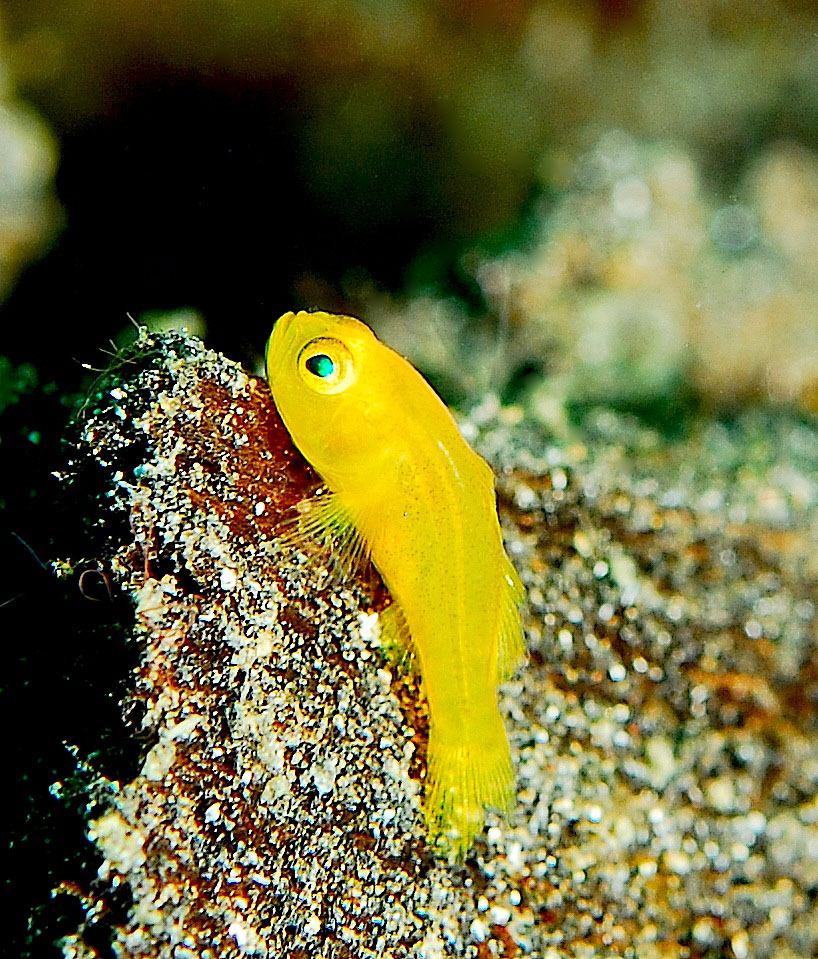