Very nice to talk with you just now. With regard to your talk: while not a Ph.D. project at this stage re the creation of a realistic virtual earth for mapping the water resources of Casablanca, Morocco, in a Google Earth, for example, I think it would/could be generative conceptually (for a student) to begin to explore modeling production and distribution of water in your city in Morocco beginning with Google Tour Creator - https://vr.google.com/tourcreator/ - right from one's desktop, and build out from there into further Google tools - perhaps those of the digital tools from the 2-3 Stanford centers (i.e. Bill Lane Center for the American West - https://west.stanford.edu - and Stanford's ReNUWIt - https://renuwit.org - https://cee.stanford.edu/research/labs-centers/re-inventing-nation-s-urban-water-infrastructure-renuwit and https://oso.stanford.edu/programs/135-renuwit-s-research-experience-for-undergraduates-reu) you mentioned. (TensorFlow AI software informing the Google infrastructure/platform might be very useful for you in the future and ARCore I mentioned could be part of this for a student -


https://twitter.com/scottmacleod/status/1026248014392770560 - see the #ARCore hashtag too - https://twitter.com/hashtag/ARCore?src=hash). A tour of the Casablanca water pipe system could be one example of this, created by a student as a pilot project of something to analyze in greater detail.

Smallest robots that can sense? (MIT)

My hope is that such nano robots will send data too into a realistic virtual earth such as Google Street View / Earth (and e.g. of the pipes of Casablanca), and that World Univ & Sch might help facilitate the coding of this, (perhaps in conjunction with NASA with Stanford for remote data for example).

and found, with which you may be familiar -
- https://ocw.mit.edu/courses/urban-studies-and-planning/11-479j-water-and-sanitation-infrastructure-in-developing-countries-spring-2007/

But it's how best for you, Dalila, to engage particularly Google-centric digital tools to easily further create the data and information, which I'm curious about from a number of perspectives - including my research and the creation of STEM field sites as virtual earth.

For my further information - and our further brainstorming in these regards - what were the ~5 items you wrote down that you would like to know more about water-wise and in terms of data, in Casablanca, - about which engaging information technology in new ways could bring new knowledge?

PS
Part of the idea with a realistic virtual earth is to build out from here ~ http://tinyurl.com/p62rpcg ~ for example, which is the Harbin Hot Springs' front gate (my ethnographic field site) in Google Street View, and into a STEM world with realistic talking humans and other species as avatars, and also for a new social method I'm developing which I'm calling ethno-wiki-virtual-world-graphy -  https://scott-macleod.blogspot.com/search/label/ethno-wiki-virtual-world-graphy?m=0 - where anthropologists can all wiki-add their research and computational modeling in one developing realistic virtual earth, as a kind of publishing and for further research.

(You can access the Harbin gate from here too ~ https://twitter.com/HarbinBook and http://bit.ly/HarbinBook ~ and "walk" down the road 4 miles to Middletown CA and "amble" around the streets there). Eventually I'd like this STEM realistic virtual world to be an aid even for something like actual tele-robotic surgery, for example, when this might be of help in many remote and unique health situations.

And we all may have to build this further with Google Tour Creator and Google ARCore for example.

as an example of how I hope we can all build a realistic virtual earth for STEM field work and modeling, here's an example of someone who innovated coding-wise in Google Street View (and with Lego):

I blogged about all of this here too - https://scott-macleod.blogspot.com/2018/08/specked-padloper-homopus-signatus-fun.html.

All of the MIT OCW and related resources mentioned in blog post would be in the Arabic language for Moroccan students, for example - and thus creating an enormous number of academic and related careers in Arabic.

It would be great to meet your sister next week - and even to "brainstorm" a bit about an online WUaS Medical School in Arabic (see my blog post about this later today) - if we can figure out a time. 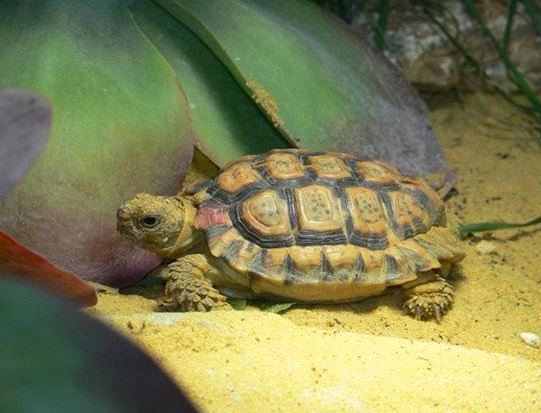