Dacnis lineata: Seeking potential undergraduates to register online for Bachelor degrees - free-to-students & accrediting - matriculating online in the autumn of 2019, See you in this online university!﻿, A bit amusing & quite brilliant @JohnCleese Monty Python's Life Of Brian- 1979 Debate (1/4), 2/4, 3/4, 4/4=1 I think- A bit of an anthropologist here @scottmacleod what is going on?:)), Re further brilliance, here's Monty Python, "The Meaning of Life," the sex ed scene, and in a Fettes College (high school in Edinburgh, Scotland) lookalike classroom ... Am reminded of IT sociologist Manuel Castells' middle book "The end of the millennium" (2nd edition) in his major trilogy "The Rise of the Network Society," Merry Xmas in California, :) and happy Thanksgiving!


https://twitter.com/TheOpenBand/status/1064240132109172736 ... much I'd hazard ...
Thinking it could be construed as an interfaith dialogue by comedians in a Christian conversation / discourse / culture / milieu (anthropolocially speaking too) by a thinking atheist comic, Cleese, who's a bit of a reasoning philosopher too, and a film producer, and all within the norms of British civil argumentation (by 5 smart 'wits' or 'elders' there in 1979) ... where all 5 of them had just lived through the explorations of the '60s & '70s mostly in Britain, and with some hippy echoes, - hitchhiking to do the film in Tunisia, ways of seeing things  :)) a bit hippy blasphemous too, where the flag of blasphemy is eroded into British good courtesies

Strawberry eaters unite! We have nothing to gain but our health and sweetness ...

Concluded my brief tour of " Why there is no Hope " in Charlotte yesterday, and I'd like to thank all the Charlatans who made last night so much fun

Re further brilliance, here's Monty Python, "The Meaning  of Life," the sex ed scene, and in a Fettes College (high school in Edinburgh, Scotland) lookalike classroom ...

Am reminded of IT sociologist Manuel Castells' middle book "The end of the millennium" (2nd edition) in his major trilogy "The Rise of the Network Society"  - which he said he named because he couldn't think of a better nane. ... he was an UC Berkeley professor for 22 years, I think, before returning to Catalan / Spain ... may dip into this again (since I teach about the IT revolution :) ... http://worlduniversityandschool.org/InfoTechNetworkSocGlobalUniv.html ... am a bit of a Castellian.

On with publishing my third book here, not nearly as funny as Monty Python's humor wagon ... Cleese is so 'on' in these clips ... a bit extraordinary :)

Thanks for your email too.

They're all taking the piss out of religion and identity, - and themselves by extension - and they're all pretty aware or conscious of this too (back in '79, represented on the telly) ... and they do so so nicely  ... "thems fighting words" ... so let's all sit down in a Television interview on the bbc.co and have a good row about this ... 'comic debating rules' here ...  advantage Cleese :)

And some are here taking the piss out of their own crossover or cross-wired religions ... it's all very muddled, and hilariously so ... (religion and identity, am agin it :) ..  agin is a Scots' word, n'est-ce pas?

Tempest in a teapot ... and here re Malcom Muggeridge, a satirist, and one of the interviewees (in reverse Wikipedia section order ...:)

Criticism of Life of Brian[edit]

In 1979, along with Mervyn Stockwood, then Bishop of Southwark, he called John Cleese and Michael Palin "dishonest" during an edition of the chat show Friday Night, Saturday Morning. Muggeridge declared their film Life of Brian to be "buffoonery", "tenth-rate", "this miserable little film" and "this little squalid number". Muggeridge regarded the film as blasphemous, despite having arrived late for the showing, according to Palin, thus missing the two scenes in which Jesus and Brian were shown as two separate people at the same time. The comedians expressed disappointment in Muggeridge, whom all in Monty Python had previously respected as a satirist. Cleese said that his reputation had "plummeted" in his eyes, while Palin commented, "He was just being Muggeridge, preferring to have a very strong contrary opinion as opposed to none at all."[19]

An agnostic for most of his life, he became a Christian, publishing Jesus Rediscovered in 1969, a collection of essays, articles and sermons on faith. It became a best seller. Jesus: The Man Who Lives followed in 1976, a more substantial work describing the gospel in his own words. In A Third Testament, he profiles six spiritual thinkers, whom he called "God's Spies", who influenced his life: Augustine of Hippo, William Blake, Blaise Pascal, Leo Tolstoy, Dietrich Bonhoeffer, and Søren Kierkegaard. In this period he also produced several BBC religious documentaries, including In the Footsteps of St. Paul.
Muggeridge became a leading figure in the Nationwide Festival of Light in 1971, protesting against the commercial exploitation of sex and violence in Britain and advocating the teaching of Christ as the key to recovering moral stability in the nation. He said at the time: "The media today—press, television, and radio—are largely in the hands of those who favour the present Gadarene slide into decadence and Godlessness."[18]
- https://en.wikipedia.org/wiki/Malcolm_Muggeridge
- https://en.wikiquote.org/wiki/Malcolm_Muggeridge

Lived in Edinburgh, Scotland the first time from 1976-77, so am familiar with the Zeitgeist and British characters it produces ... in these clips ... the British 'do drama' so brilliantly ... a cultural expression I'd hazard ... anthropologically ...

Momentous that World University and School is beginning to develop newly in Google Sites.

Thanks, Scott.  Yes, I had seen the cut from Life of Brian.  I'll watch the others too.

Thanks for sending.  Yes, enjoy Thanksgiving yourself.

A litte humor, and a little WUaS news ...

What is going on here in this Monty Python "Life of Brian" debate - https://scott-macleod.blogspot.com/2018/11/dacnis-lineata-seeking-potential.html ?!!! :)

Methinks they might be seeking to liberate us from religion, and identity, even :) O, my goodness. Cleese is quite philosophical here ... quite extraordinary, as they might say in the British Isles :)

Glad World University and School has begun in Google Sites anew - https://sites.google.com/view/worlduniversityandschool - with all the machine learning, and so much more I.T. which is part of the Google / Alphabet platforms and technologies. (WUaS is waiting on a NSF grant, the lion share of which will go to Stanford graduate students, as well).

Am meeting with a Stanford Graduate School of Education Project Manager to develop WUaS further information technology-wise ... which is all very momentous.

See, too, in the blog post the Monty Python the meaning of life (sex education) clip.

To brighten your day, :) 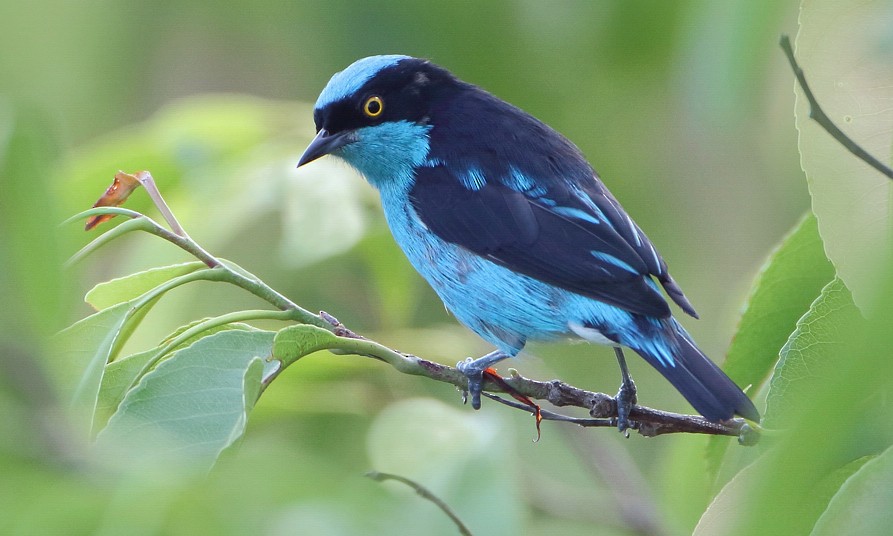